Pokemon Go will mark the end of the month with a new round of fun! The next Spotlight Hour will air soon, featuring a Gen II Fire-type ‘mon, Slugma.

An hour-long event will focus on the all cute and lovely Slugma and its Shiny version. There will also be some sleek rewards, including a special 2x bonus.Â

Pokemon Go has a tradition every Tuesday each month to celebrate a specific Pokemon for one hour. For sixty minutes, we have to explore the map and search for different ‘mon.

The upcoming Spotlight Hour will kick in on March 23, and it will focus on Gold & Silver Fire-type Slugma. The event will be available starting 6 PM to 7 PM local time.Â

Slugma is not an all-time favourite, but its evolution Magcargo is really a catch!Â

Slugma and a Mystery Hour: What to Expect

Luckily, the following weekly mystery bonus hour will also include the Tuesday Spotlight events. So, the March 30 Slugma celebration will come with a sweet 2x Candy bonus every time you catch a ‘mon!

And evolving Slugma to Magcargo will also be an easy task because we’ll already catch a lot of Johto Pokemon.Â 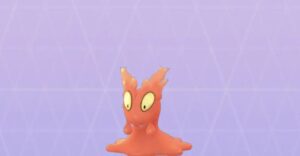 Slugma appeared for the first time back in 2017. You might think that this Pokemon would get its Shiny form by now.

Unfortunately, Slugma doesn’t have a Shiny form. So, this March 30 Spotlight Hour won’t feature that at all.

However, there are still many chances to get one soon. Niantic is known for its way of managing stuff around Pokemon Go, later than sooner.


We’ll most likely see a Shiny Slugma in a special limited-time event, for example.Â

Pokemon Go’s upcoming Spotlight Hour will be available on March 30. Make sure to mark your calendar!