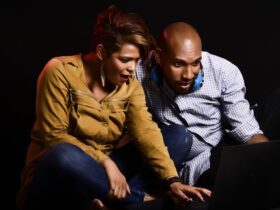 According to scientists, cloudy days are pretty rare on the Red Planet. They are, however, more frequent at the planet’s equator, but only when it’s the coldest. Curious to find out more?

Shiny Clouds on the Red Planet

So, this year NASA decided it’s time to take a closer look. What they found is genuinely intriguing.

The rover captured tiny puffs loaded with ice crystals that spread light from the setting Sun. You can see a picture below: 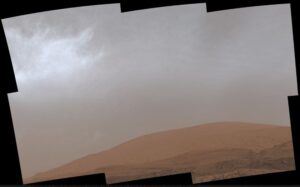 You can notice that some clouds shimmer with colour, which is truly one of the most extraordinary things we’ve seen so far on Mars.Â

The new data also helped Curiosity’s team discover something important. Apparently, the early-arrival clouds are higher than usual. On Mars, most clouds are about 60 kilometres (37 miles) in the sky and contain water ice.

But the recently captured clouds are at a higher altitude, where it’s freezing. So what could be the reason?

As per scientists’ findings, the clouds are most likely composed of frozen carbon dioxide or dry ice. More research will soon follow as NASA intends to discover which of the new images show dry-ice clouds and show water-ice.Â

The rover’s navigation camera, dubbed Mastcam, captured the clouds just after sunset. The colour images unveil the clouds’ ice crystals trapping the fading light, becoming glowy against the darkening sky. In fact, that’s exactly why the clouds are also called “noctilucent,” which stands for “night-shining,” from Latin.Â

Mars’ clouds can become brighter than that as they charge up with more ice crystals. Then, later, they would darken right after the Sun’s falls below their altitude.