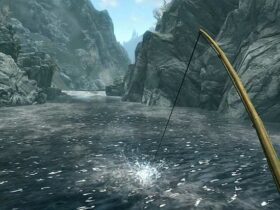 As China steps up its challenge to NASA’s leadership in space exploration, the government has announced that it intends to build its first base on the moon by the year 2028. This will be followed by the landing of astronauts on the moon in the years that follow. According to Caixin, the energy needs of the lunar station will most likely be met by nuclear power. The Chang’e 6, 7, and 8 missions will be responsible for fabricating the lander, hopper, orbiter, and rover that will make up its fundamental configuration.

In recent years, China’s space program has seen significant expansion, with the country now planning to send rovers to the moon, construct its own space station, and set its sights on Mars. Because of the plans, it is now in direct rivalry with the United States. Since the Apollo program was cancelled in the 1970s, NASA has not sent humans to the moon and currently has a rover exploring the surface of Mars. However, the space agency hopes to send humans back to the moon within the next decade.

Both China and the United States are investing billions of dollars in an effort to land humans on the moon, as well as to gain access to resources that may be able to support life on the moon’s surface or send spacecraft to Mars.

In 2019, China made history by being the first nation to successfully land a rover on the far side of the moon, and it also successfully brought back the country’s first lunar samples. It is planned for this facility to be the first outpost established on the moon’s South Pole, which scientists believe to be the most likely location to locate water. In addition, NASA has its sights set on that region of the moon. The Chinese government’s long-term objective is to transform the base into an international research station.