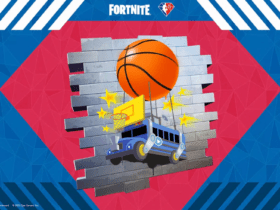 Apple has unveiled its next mobile operating system, iOS 16, at WWDC 2022. There are a number of new features and upgrades included in iOS 16 that aren’t included in earlier Apple releases such lock screen personalization and Live Activities. The new iOS 16 will bring a slew of new capabilities to the iPhone, including these five.

Notifications have also been reworked by Apple in tandem with the new lock screen. Users will be allowed to see their lock screen when looking at their notifications in iOS 16 for the first time. This ensures that users don’t lose track of the crucial information displayed by the widgets they have configured. Notifications will only take up the bottom third of the screen, rather than taking up the entire display. As a bonus, they can be viewed by swiping on them to expand the list, count, or stack the items.

As a part of iOS 16, Apple has overhauled the lock screen with new personalization options, widgets, and notifications. To get the most out of iOS 16, users will be able to employ live wallpapers, dynamic backdrops, picture suggestions and more to personalize their lock screens in ways they’ve never been able before. iOS 15 and earlier versions of the iOS operating system did not permit customers to personalize their lock screen in any way, but lock screen customisation has been accessible on Android for quite some time. Because of this, Apple’s new lock screen personalization feature might fundamentally alter the way iPhones are used for years to come.

This functionality would let users keep tabs on things like a sporting event, food delivery, and a cab booking right from the lock screen. In keeping with the name, the function will display the current status of the activities that are taking place on the iPhone in the shape of a card at the bottom of its lock screen. Live Activities show the current state as a card on the iPhone lock screen as much as the real-time action is ongoing, for example, until the food delivery has been completed.