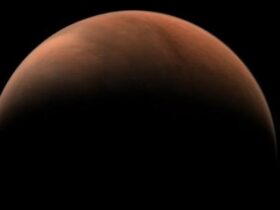 If you still believe that you can fully trust phone manufacturers that their gadgets are as secure as they can be, without the danger of private info getting leaked, think again!

Perhaps each and every single one of us has sent screenshots to another person via an iPhone, but before that, we’ve used an app to erase sensitive info with a virtual pencil. According to the New York Post, it has just been revealed that there is a way for the receiver to find out what information you’re trying to hide in those screenshots.

ANYONE can find out what you’re trying to hide!

A TikTok user has revealed that any person can find out what’s beneath the extra layer by using a simple trick. In other words, the best solution is to simply not send any screenshot that has the info you need to hide, although you’ve tried to cover it by using a virtual pencil.

Here’s a detailed explanation of how the trick works:

Tapping the edit button from the Photos app is all the receiver needs to do to uncover any hidden messages. Here’s a relevant statement quoted by the New York Post:

If you ever send information that is either crossed out or blacked out via text, well, the person who receives it on the other end, all they have to do is open Photos.

Sure, we can hope that Apple will do something in the future to overcome this flaw, although we didn’t hear anything from the tech giant on the subject. But it’s clearly something that needs to be fixed, as anybody can be fooled by thinking that editing a screenshot will prevent important info from leaking. It could be info about a credit card, an identity card, a driver’s license, and more.