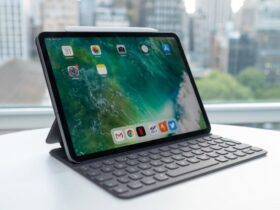 iPad Pro 2021 – We May Be Only Days Away From The Biggest iPad Update To Date!

Over the last century, Atlantic currents have not been stable, and in fact, they have lost their system-like property of stability. The recent study analysing that was posted in Nature Climate Change.  Based on data about the salinity and the temperature of the study, the study shows that the currents are reaching a dangerous pattern.

The conveyor belt system is a common name for the current system as it relies on “belts”. One of them has warm water that goes up north where it evaporates. This ultimately makes the salinity level increase. The second belt is formed when the salt water cools and it begins flowing to the south after sinking. As it appears, the Atlantic Meridional Overturning Circulation system is at its worst point in more than 1500 years.

The system is crucial for human life on Earth, and if something were to happen to it disastrous weather consequences will affect the entire planet. According to researchers, the system is showing sign of gradual decline, which could mean that we only have a couple of decades left before our lives would be irremediably affected.

This is not the first concerning study about the Atlantic Meridional Overturning Circulation, and a previous study showed that the melting of Arctic ice will lead to a severe weakening of the circulation system.

“This work provides additional support for our earlier work in the same journal Nature Climate Change suggesting that a climate change-induced slowdown of the ocean ‘conveyer belt’ circulation already underway, decades ahead of schedule, yet another reminder that uncertainty is not our friend,” declared Dr. Michael E. Mann.

Other experts such as assistant professor Cristian Proistosescu believe that the worst-case scenario is “somewhat unlikely”, as the degradation should be a gradual one. According to his declaration, the data is not enough to assess the imminence of such a natural disaster.