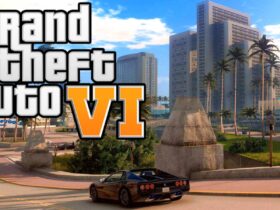 Many huge regions of the Cosmos present a fight for survival. Not even stars can bypass their evanescent state, regardless of how bright, big, and powerful they are.

‘Zombie’ stars don’t represent anything new for astronomers, but even they can provide some surprises. You don’t see such cosmic objects chowing down on destroyed planets every day, that’s for sure. But according to Universe Today, that’s exactly what astronomers found evidence for recently: collisions between white dwarfs and planetary remnants.

The G29-38 white dwarf is under the spotlight

The white dwarf known as G29-38 has been observed by astronomers using the Chandra X-ray Observatory. X-ray flashes were spotted coming from the white dwarf that were consistent with collisions between debris coming from planets.

White dwarfs represent one of the final phases of a star after it burns out all of its hydrogen fuel. Astronomers consider white dwarfs as ‘dead stars’ due to the fact that their atoms can no longer fuse to provide energy to cosmic objects.

Here’s what NMSU Astronomy has to say regarding white dwarfs:

A typical white dwarf has a carbon and oxygen mass similar to the Sun, but is much smaller in size (similar to the Earth). It is much hotter (25,000 K), but because of its small size its luminosity is low.

Even our Sun will become a white dwarf long into the future: in roughly 5 billion years. That’s how long it takes for our star to burn up all of its fuel. Astronomers also reveal that the Sun is too small to become a black hole at a certain point during its existence. Stars need to be about 20 times more massive to qualify for becoming black holes.