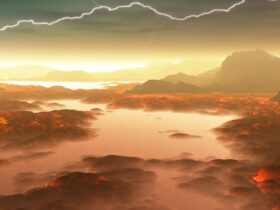 This year, Apple has offered two unique watch bands as well as a watch face in honor of Pride month. Two additional Pride Edition bands and animated Pride watch faces are being released in honor of the worldwide LGBTQ+ movement and equality movement by Apple, according to a press statement. As a further point of clarification, Apple claims “The word “pride” is embroidered right into the band of this year’s Pride Edition Sport Loop. Additionally, Apple has launched its Shot on iPhone Pride campaign for Instagram, which focuses on LGBTQ+ creators and personalities and captures their spirit in a unique way.

Apple unveiled a new watch face for its wearable device.

Apple has unveiled a new watch face with rainbow-colored vertical stripes in honor of Pride Month. Threads of different colors appear when the Digital Crown on Apple Watch turns when the display is pressed, or when the wearer raises their wrist. App Clip capability is also included in the band packaging so that buyers may view the new corresponding watch face right away.

A special Pride Edition Sport Loop for Apple’s smartwatch has been introduced. The manufacturer has developed a new method for removing the nylon-woven textile loops on the band so that the word “pride” can be clearly seen. Since the first Macintosh was released in 1984, the default “hello” greeting typeface has served as an inspiration for the font used to display this text. For the new Sport band, we used a color gradient that was inspired by the original rainbow flag, as well as by various other pride flags.