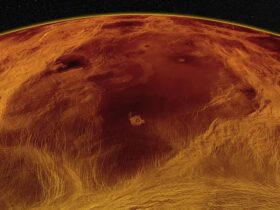 A lot of animals feature incredible characteristics and capabilities that we would all like to have. Whether we’re talking about flying, breathing underwater, having more physical strength, or more – humans are incapable of them.

According to the BBC, some animals are going through shapeshifting to endure climate change. More precisely, warm-blooded species evolve to have larger ears, legs, and beaks for regulating the body temperature. They somehow do it in the same rhythm of global warming.

Sara Ryding, the study’s author, declared as quoted by the BBC:

A lot of the time when climate change is discussed, people are asking ‘can humans overcome this?’ or ‘what technology can solve this?

It’s high-time we recognised that animals also have to adapt to these changes.

Sara also explains more about shapeshifting, as also cited by the BBC:

It just means they are evolving to survive it, but we’re not sure what the other ecological consequences of these changes are, or that all species are capable of changing and surviving.

According to Wikipedia, climate change is a serious issue that can lead to a lot of huge problems such as water scarcity, food insecurity, extreme heat, infectious diseases, displacement, and also economic losses. The WHO (World Health Organization) even considers climate change as the biggest threat to worldwide health in the 21st century.

There are plenty of causes of climate change. Rising emissions occur due to increasing livestock farming, deforestations, burning oil, coal, and gas, and more.

Luckily, there are solutions for removing some of the carbon dioxide from the atmosphere. One of them is through the huge direct air capture (DAC) plant that will soon start functioning in Iceland.