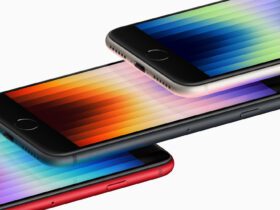 iPhone SE 3 Was Unveiled: Here’s What You Should Know

An improved user interface for Android Auto was previewed by Google during last year’s I/O developer conference under the codename Coolwalk. It introduced a unique split-screen design that could display many windows at once, such as those for navigation and music playing. Although Google promised that the updated interface will be released “this summer,” it did not show up in the Android Auto 8.0 release in August. It began its beta release in November, and is only now reaching all users.

The release was revealed with two new Assistant-powered capabilities for Android Auto users at the current CES 2023 trade conference. In a blog post summarizing all of Google’s car-related announcements, the firm adds that the redesigned Android Auto UI places a premium on helping you get where you’re going, staying in touch with people you care about, and listening to the music or podcasts you want to hear.

The revamped user interface places Maps’s interface in a more natural viewing position for the driver, introduces a media card with direct access to the media player’s controls, and includes a fast launch for quickly accessing frequently used programs. This user interface adapts to the size of Android Auto head units automatically, so it works well in any vehicle.

To assist drivers respond to missed calls and play recommended media, Google is also rolling out new intelligent recommendations powered by the Assistant to Android Auto. In addition, the newest Samsung and Pixel devices are now supported for WhatsApp calls, and a seekable progress indicator for media has been added for better playing control.

Google also announced, with the Android Auto updates, that support for key-sharing for digital vehicle keys will soon be made available on Samsung and Xiaomi handsets, as well as across additional car manufacturers. Finally, the firm has stated that Android Automotive will be compatible with HD maps, which will display information such as lane markings.