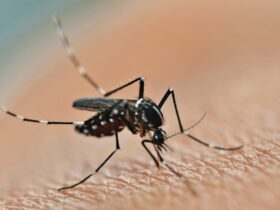 Astronomers might get closer to the answer to the centuries-old question: is there life on Mars? Ever since Galileo Galilei discovered our neighboring planet back in 1610, it became clear that astronomers would have a lot of work to do.

Rovers sent to the Red Planet during the last decades didn’t reveal anything living there, but perhaps astronomers weren’t looking in the right places. A new study that SciTechDaily informs about seems to increase the chances for alien life to exist on Mars. But don’t get too excited yet, as we’re not talking about anything like the alien life we’ve all seen in sci-fi movies!

Ancient bacteria could exist under the surface of Mars

Scientists, having Brian Hoffman and Ajay Sharma from Northwestern University on the team, simulated the harsh ionizing radiation conditions of Mars to figure out how long some bacteria and fungi could survive while being frozen. It was previously found that under the same conditions, ‘Conan the Bacterium’ (aka Deinococcus radiodurans) might be able to survive for hundreds of thousands of years. The new study not only confirms those findings – it shows that the same bacteria could even survive for hundreds of millions of years if it’s being buried, meaning that it shall be protected from cosmic radiation.

Hoffman, who’s a senior co-author of the new study, explained as SciTechDaily quotes:

We concluded that terrestrial contamination on Mars would essentially be permanent — over timeframes of thousands of years,

This could complicate scientific efforts to look for Martian life. Likewise, if microbes evolved on Mars, they could be capable of surviving until present day. That means returning Mars samples could contaminate Earth.

Thanks to the new research, astronomers now hope to find some signature of ancient life on Mars due to future missions such as ExoMars.

The new research will appear in the journal Astrobiology.