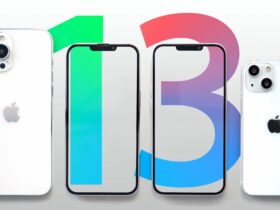 The University of Michigan has just announced that its alleged Galileo manuscript is actually a forgery from the 20th century.

According to the library statement, the document was a real treasure in the university’s collection. However, an internal inquiry by a history professor revealed that it’s actually something else.

Read out below to find more intriguing facts.

Why is the Document a Fake?

The University of Michigan has shown that a handwritten document supposedly written by Galileo Galilei was fraudulent. How’s that possible?

An official examination by a history professor actually revealed that the paper was indeed a forgery. There are watermarks on the paper that date no earlier than the 18th century. And that’s just impossible because it’s more than a century after the famous astronomer’s passing.

Donna L. Hayward is the interim dean of Michigan’s libraries. She released a statement expressing her disappointment:

It was pretty gut-wrenching when we first learned our Galileo was not actually a Galileo.

Take a better look at the document below:

And things get weirder.

A draft of Galileo’s letter before presenting a new telescope to the Doge of Venice back in 1609 could be seen at the top of the document. The State Archive in Venezia, Italy, holds the final draft of the letter that the eminent astronomer really wrote.

Moreover, a set of notes about the moons of Jupiter that are also based on actual writings Galileo took, could be found in the lower part of the paper. The Florence National Central Library in Italy is the one that houses the final version of those notes.

The book has been in possession of the University of Michigan since 1938 when Tracy McGregor’s trustees gave it. Furthermore, things got even more obscure.

McGregor is a Detroit industrialist who bought the manuscript at an auction held by another collector back in 1934.

According to the university’s library, the 1934 sale catalog pointed out that Cardinal Pietro Maffi, the Archibishop of Pisa (1858 – 1931), had verified the manuscript’s authenticity by comparing it to other Galileo letters in his possession. Well, that’s just shocking.

Now, the University of Michigan Library stated that the Galileo paper would be presented differently. The fake itself could end up serving as a lesson after all, right?