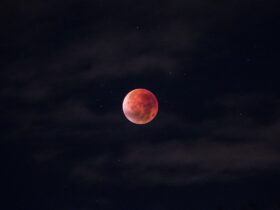 A Wobbling Lunar Movement May Lead to Record Flooding In the ’30s, Study Shows

For years, Samsung has been the world-leading manufacturer when it comes to the number of sold phones. Only in 2021, the South-Korean behemoth sell 272 million smartphones worldwide. Every year, the company brings new gadgets to the market.

Despite those prices, the two gadgets weren’t among the Samsung phones that are still waiting for their new customers on the shelves.

Considering the most popular phone brands for the 2010-2021 period, here’s what statisticsanddata.org has to say:

With 27.55% of the total, Samsung is the world’s number one selling phone brand. In second place, again in September 2021, is Apple, with 26.75% of total sales. In third place, 15 points behind, is Xiaomi with 11.51%. In the top 15 worldwide, Nokia closes the ranking with 0.58%. Nokia, which until a few years ago was the leading brand in terms of the number of phones sold.

In the end, it might be understandable to have so many phones that weren’t sold, even when we’re talking about a company like Samsung. The competition is huge nowadays, with so many companies out there bringing new phones to the market very often. The main competitors of Samsung are Apple, Xiaomi, and Huawei.

How about you? Would you consider buying a phone built by Samsung if your device is not suitable anymore, or are you willing to try out other brands?