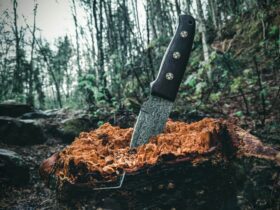 17 Best Bowie Knives And How To Buy The Right One

Night lights are not only super useful since your young child will never be afraid to go to sleep again, but they are very fun as well, and some of them are even great for adults, especially if you struggle with insomnia or anxiety and would like to go to sleep in a magical world.

They provide the perfect amount of light without upsetting your eyes at night and come in all kinds of cute shapes, colors, and patterns when it comes to the glow they produce.

Even if you are an adult that does not plan on using a night light for yourself, purchasing one will indirectly help you get a peaceful night’s sleep anyway!

This is because there is no secret that parents have to say goodbye to their 8 hours per night once they welcome a young one, so they often have to rely on the kids to go to sleep so that they can get a shut-eye as well.

As a result, getting a night light for the offspring might just turn out to be a win for the whole family!

You never have to worry about your child waking you up in the middle of the night because they thought they saw a monster in the pitch darkness of their bedroom.

With a nightlight by their side, they will always feel safe and protected.

But before getting one, there are a lot of things to consider and think about, which is why this guide was made to help you.

First of all, take into consideration how portable the nightlight you want is. If it’s small and portable, you won’t have to worry about your child missing it and crying about it while they’re away at the grandparents’ place for the weekend.

Does it need to be plugged in to work, or is it battery-operated? If it’s the latter, how many and what kind of batteries does it need? If you want to help the environment a little, go for a product that has a charging function instead of those with disposable batteries.

Another beneficial function is a timer as it will drain the battery slower, and you also won’t have to tip-toe in your child’s room at sunrise to turn it off.

If you want to create a magical world right inside your child’s room (or yours), make sure you go for those products that come with relaxing sounds such as white noise and light projections such as stars.

Now that you know some basics on what to look for in an ideal night light for you or your young one, here are 15 of the best options on the market!

This night light is, first of all, super cute since it is shaped like a penguin. But don’t let the cute design fool you, this is a well-made product that can be charged via a USB cable and acts as a hub for the portable egg-shaped light that sits on top of it.

This design was created with the thought process of providing a newborn’s nursery with a fixed night light so that parents can check on the baby whenever they need to.

But then, once the child turns 18 months old, the portable egg night light can start being used independently.

The egg is made out of silicone, which makes it, not only safe for a toddler to carry, but also fun!

It can even awaken their instincts of looking after something as if alive, so if you’re thinking of getting a pet and don’t know if your 1 to 2 year old can handle it, this could even be a nice way to test that beforehand! Just have them be gentle with the egg!

Both the penguin and the egg lights are dimmable, and their switches are discreet.

Once you fully charge the egg, it will last at least 10 hours. Although, keep in mind that a full charging session takes about 8 hours.

The Lumipets Jumbo Bear Kids’ Night Light is not only adorable, it is also functional. It comes with a remote control that lets you choose the color you want the device to emit and there is also a timer so the light will always turn off by itself when the time is right.

It is portable so it can be carried around the house to find the bathroom more easily in the middle of the night, for instance.

The Sycees Plug-In LED Night Light will light up on its own as soon as the darkness settles outside and since it comes in a pack of six, you can place them in such a way that it illuminates your path to the bathroom.

However, you can rest assured that the glow it emits is not too harsh for the eyes so they won’t have to get adjusted in the middle of the night, ruining your or your child’s sleep.

These night lights are super tiny too, which is great because you won’t have to worry about one blocking the second outlet.

This item is not only a night light but also a sound machine and a wake up alarm, all in one product!

It is super easy to use and comes with a variety of features, including color changing, brightness control, sound and more, all controlled via a simple app on your phone so you won’t have to enter your child’s room and possibly wake them up to adjust something.

Furthermore, you also have the possibility of programming a number of different colors and sounds, so the young ones will automatically know when it’s time for their bedtime routine or when or start their morning routine based on these repeated patterns of sound and colors.

This moon design is simple but still adorable, and any kid would love to have it by their beds at night.

It gives a soft glow and comes with three control options – on, off and timer.

The timer allows the light to turn off automatically, which will maximize the battery’s life.

The battery comes with the product and promises a total of 20 hours which means that if you use the timer every night, you won’t have to purchase another battery for a very long time!

It is made from lead-free PVC and BPA.

This product is a high tech one that will undoubtedly impress any child!

It is a 3D dinosaur night light that can turn any bedroom into a space of wonder and adventure for your imaginative tot.

This is because it was designed to look almost like a hologram in the dark, which is bound to fascinate and excite all young ones that see it.

It comes with a remote which can easily change the dino to different colors but also set off several flash modes.

It runs on three AA batteries that do not come with the product, but it can also be USB powered if you prefer to set it in one place and never move it around the room much.

And if your kid is not into dinosaurs, don’t worry – this brand has other shapes as well, including butterflies and ice cream cones, all with the exact same features.

The RTOSY is not your typical night light. This product can turn anyone’s bedroom into a soothing escape from the stress and worries of everyday life due to its projection function.

It will display stars, the moon and even planets on your walls and ceiling, giving it a nearly realistic feel thanks to the slow, silent spins of the projection.

It comes with an array of different colors and effects that you can choose from, and they are all super easy to switch in between since they’re controlled by a remote.

Furthermore, if you feel like some music will make the experience even better, that is also an option!

After all, there are no less than 12 songs that will put you right to sleep.

It is the ideal choice whether you want it for your kids or for yourself!

This night light is a two-in-one product that changes colors and emits a dim, comforting glow.

It was designed with an automatic 45-minute timer, meaning that it is meant to be used before falling asleep.

This globe has a mechanism that swirls the snowflakes automatically as well, meaning that you don’t have to shake the snow globe to get the comforting effect.

It is battery operated, but they do not come with the product.

This owl’s belly emits a soothing light, and the brightness can be adjusted.

It can also project celestial patterns, which is a magical way of getting your child to drift into dreamland.

Furthermore, it comes with the option of playing several lullabies and white noise nature sounds.

The volume can be controlled, and you can also set a timer to have the machine turn off by itself after a white.

It plugs into any standard electrical outlet.

This fox’s tail moves side to side gently, lulling your child to sleep while also creating a projection on the wall.

However, if this is not something you or the young one want, there’s also a stationary projection option!

It comes with five tunes to choose from and each of them plays for 20 minutes before switching off automatically.

It is battery operated, and it seems like you only need to change the batteries once every couple of weeks.

A portable night light is a perfect choice if you need to go to the bathroom in the middle of the night or want to get some water or a midnight snack from the kitchen.

It is perfect for the young ones as well since it is easy to grab and carry, even by a toddler, and since it is LED technology, you do not have to worry about them burning themselves either.

Of course, it looks great, just placed on a nightstand, as well!

It is easy to turn on by just pressing one button, and it turns off automatically after 20 minutes.

It runs on three AAA batteries that come with the product.

Just like its 6-pack alternative, the eufy Plug-In LED Night Light turns on by itself when darkness sets in and turns off when the sun rises.

So if you like what the Sycees offers but feel like you don’t need 6 for your particular situation, then maybe a 3-pack is a better option.

The Maxxima LED Plug-In Night Light also comes in a 4-pack and has the same dawn to dusk sensor as the eufy.

The bright white LED gives off a nice glow and is energy efficient.

You’ll never have to worry about changing any light bulbs either!

They are ETL approved and perfect for bedrooms as well as bathrooms, hallways, and anywhere else you may need some extra light at night without straining your eyes.

17 Best Bowie Knives And How To Buy The Right One 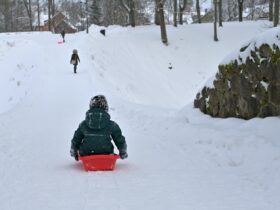 10 Best Sleds For Kids And Adults To Enjoy This Winter 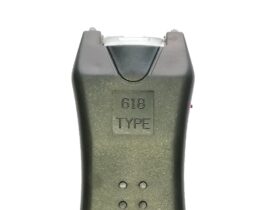 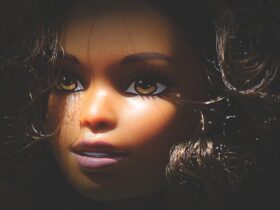 Top Styling Head Toys – Which one to get for your kid?