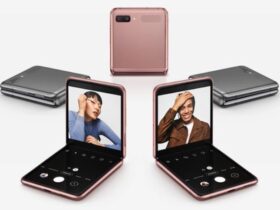 Xiaomi has announced the new POCO M5, a smartphone that qualifies as a midrange device. For a device that’s priced under 200 bucks, we must say that it has a few imposing features.

The battery reaches 5,000mAh, and that’s indeed noticeable for a smartphone. Such a battery means that you’ll easily get to use the phone for up to 3 days after a single charge if you’re not engaging in heavy usage.

Equipped with Android 12 out of the box

Thanks to GSMArena, we can now have a look at the specs for the new Xiaomi POCO M5. The display is an IPS LCD that measures 6.58 inches. It’s surely not spectacular, but it can be enough for someone who’s not necessarily interested in flagship phones. There are also two versions of RAM and two of storage for the new phone: 4GB/64GB and 6GB/128GB. Perhaps we can all admit that the first option is a bit too low for the standards of 2022. However, you can always add a microSDXC memory card if you want.

We can safely assume, judging by the specs, that buying Xiaomi’s new POCO M5 phone can be a pretty good choice if you want it for gaming. Except for the display that could have been better, the phone features a pretty decent set of specs that make it suitable for gaming.

The price for the new Xiaomi POCO M5 revolves around 170 euros, and it’s certainly a pretty good deal.

The Chinese brand Xiaomi is well-known for releasing powerful phones at low prices, and the new POCO M5 confirms that the company will keep applying the same recipe.