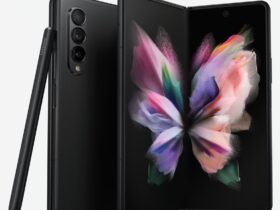 A recent rumor claims that Xbox is considering putting adverts in free-to-play games, which would open up a new money source for creators. The Xbox Game Pass has been a critical and economic triumph for the company as it tries to take over the video game industry with huge purchases from game firms like Activision-Blizzard. Microsoft seems to be moving ahead in the right direction, but one recent choice may cause controversy.

Free-to-play games may be getting adverts from Xbox, providing creators with a new money stream. One source says Microsoft isn’t interested in getting a part of the action, but a rumor suggests Xbox is considering a system that would allow free-to-play games to have advertisements. For free-to-play creators, the income stream would be a means to earn more money. In spite of Microsoft’s refusal to confirm or deny these reports, the corporation is said to be moving cautiously in the free-to-play market and only considering advertising from certain businesses. The insider also said that Xbox does not plan for advertisements to interfere with gameplay in any manner.

It is necessary for publishers to find ways to enhance revenues in free-to-play games since there is no direct sales income source. Microtransactions are common in free-to-play games, where players may buy cosmetics, exclusive goods, or in-game currency. While it’s understandable for developers to want to commercialize their work, it’s the method they do it that annoys fans. From the advent of loot boxes to the addition of pay-to-win systems in free games, microtransactions have are becoming one of the most contentious parts of the video game business. The movement away from pay-to-win micropayments has been more beneficial, although predatory business practices are still present in many games. A new method of making money from free-to-play games seems to be on the horizon.