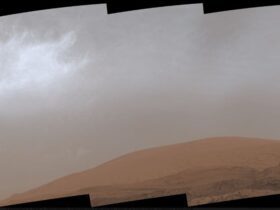 New study highlights the dangers of red and processed meat and its link to an increased risk of heart disease.

Red meat such as pork, beef, and lamb is an essential protein, minerals, and vitamins, but consuming too much can trigger bowel cancer. And that’s not all. Researchers found that processed meat, including ham, salami, bacon, and some sausages, is also dangerous.

A team of researchers from the University of Oxford’s Nuffield Department of Population Health analyzed enough data and surveyed more than 1,4 million people.

Researchers discovered that for each 50g/ day of processed meat, the risk of coronary heart disease increased by 18 %. And things become worse.

For each 50g/ day of unprocessed red meat, the risk of coronary heart disease increased by 9 %.

However, the team didn’t discover any link between eating poultry and a risen change of heart problems.

“Red and processed meat have been consistently linked with bowel cancer, and our findings suggest an additional role in heart disease,” explained Keren Papier, the co-lead author of the study.

Even if the recent findings are worrying enough to make you think twice next time you go shopping or order in a restaurant, that doesn’t mean you have to give up red and processed meat.

The researchers aimed to support existing recommendations to lower consumption of red meat to help decrease any risk.

Instead of giving up red meat, we should try finding a balance. For example, the Mediterranean diet has been proved to reduce the risk of heart disease.