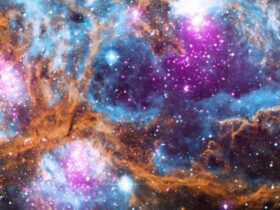 Will AI Help Us in Finding Out the Real Shape of the Universe?

FIFA 22 is one of the best football-simulation video games out there, and learning a bit about the players’ skills is mandatory if you want to master the game. That’s why we’re here to present you with a tier list of some of the best players in the game!

The upcoming FIFA 23 will be the last one in the series. Not because the series will end; it will only change its name to EA SPORTS FC! The big announcement was made by EA itself, so there’s no room for misinterpretation.

Enough with the small talk. Let’s get straight to the tier list!

Here we have footballers that reach an overall rating of at least 90. That’s enormous for a player in the FIFA series! Having such a player on your team is a huge bonus.

Here we have players that reach a maximum of 89 overall rating. They’re not as good as those from the S-Tier, but still worth gathering in a team if you want to win some European trophies.

This is where the elite goes off, but there are still players that are able to take a team to a lot of glories.

Time to move on to the C-Tier, where things aren’t necessarily great. But still, you can’t say ‘no’ when it comes to recruiting at least some of these players in your team:

If you’re competing for the Europa League while you’re playing FIFA 22, you can surely count on the players from the D-Tier. However, you can surely use them in trying to win the league title in a championship that’s not really as hard as one from the top European ones, such as England’s Premier League, Spain’s La Liga, Germany’s Bundesliga, or Italy’s Serie A.

The information about the players’ overall ratings was brought from sofifa.com.

We can’t wait for the next FIFA to come out sometime around September or October this year! EA promises that FIFA 23 will be the best game in the series ever, and we just have to believe them! Otherwise, FIFA 22 remains a good game, and it has brought a series of new gameplay stuff to the players. If you’re a fan of HyperMotion Technology, it’s good to know that it’s also present in FIFA 22!

Feel free to tell us which are your own favorite footballers in the game!