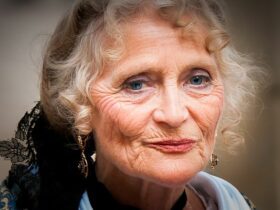 A decommissioned weather satellite not used since eight years ago broke up, increasing the debris population (mostly space junk) in a critical orbit.

The Space Force’s 18th Space Control Squadron announced that on March 18, it was confirmed that the NOAA-17 satellite broke up on March 10.

The squadron added that it will be monitoring the 16 pieces of resulting debris and that there was no evidence that the breakup was the result of a collision.

In a statement to SpaceNews on March 19, the National Oceanic and Atmospheric Administration reported the satellite’s destruction, after being notified about the event by NASA’s Orbital Debris Program Office.

“At this time, the debris poses little threat to the International Space Station or to any other critical space assets,” says a NOAA statement.

The spacecraft was initially designated NOAA-M, and it was launched in June 2002. It was designed to work for only three years, but it ended up working as a primary or backup role for nearly eleven years when it was finally decommissioned in April 2013.

No agency spoke about the reason why the satellite got broken.

However, NOAA-17 is comparable to other polar-orbiting satellites that endured breakups.

In November 2015, the NOAA-15 satellite also broke up, nearly eighteen months after its operations stopped due to a “critical anomaly.”

Two other satellites of the Air Force’s Defense Meteorological Satellite Program, known as DMSP F-13 and DMSP F-12, broke up in February 2015 and October 2016, accordingly.

It is believed that DMSP F-13 failed because of a battery flaw, which was also found on similar DMSP satellites.

The satellites, along with NOAA-17 and NOAA-15, were made by Lockheed Martin.