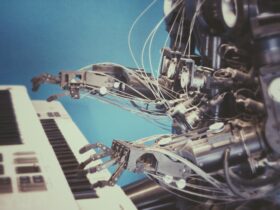 Because it was announced this week that Twitter will be discontinuing support for third-party Twitter clients, this week has been a difficult one for some of the people who use Twitter as well as the developers who work on the platform. However, there is a possibility that this week may have a glimmer of hope because to improvements that have been made to the user interface (UI). A little more than a week ago, Twitter updated the design of its home page so that users may now choose between two distinct timeline feeds. Musk has also stated that tab customizations are coming in a next update as well. Musk, however, does not provide any information on the timing of the second upgrade; we can only hope that it will occur soon.

Next Twitter update will remember whether you were on For You (ie recommended), Following or list you made & stop switching you back to recommended tweets

You don’t need to follow any of the accounts that are creating the material in order to see it since the “For you” option will display you tweets from all around the site. Twitter will use an algorithm to compile a timeline of stuff that it thinks you would like and then provide it to you in this format. Even if there is nothing inherently wrong with putting information like this in the spotlight, it becomes a problem when Twitter imposes it on its user base without their will. Because this is the view that is selected automatically by the system whenever you use the platform, there is currently no other option available for viewing this tab.