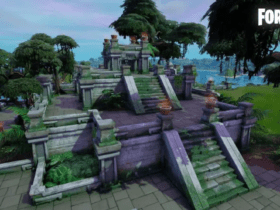 There’s a new rugged smartphone with top specs on its way to the market: the Ulefone Power Armor 18 model. It features 5G connectivity and an emphasis on photography, just to say the least.

Power Armor 18 will be Ulefone’s first rugged smartphone based on Android that will come out in 2023. The phone was already spotted on AliExpress, along with its impressive specs and release date.

Those willing to get their hands on the upcoming rugged smartphone will only have to wait a bit more than a week. Get ready to snap some seriously impressive photos with the Ulefone Power Armor 18 smartphone – it’s packing a whopping 108MP main camera! And with a 120Hz FHD+ display, you’ll be able to see all those megapixels in all their glory. But don’t worry about running out of juice mid-photo-shoot – this beast of a phone also has a massive 9,600mAh battery to keep you going all day (and then some).

But that’s not all – the Power Armor 18 is also a brand-first “instant thermometer” smartphone. Never again will you have to awkwardly ask a stranger if you can borrow their forehead thermometer – just whip out your Power Armor 18 and boom, instant temperature reading. And with a 6.58-inch LCD display driven by the MediaTek Dimensity 900 processor, this phone is not only practical, but it’s also a seriously powerful machine.

Ulefone is a Chinese smartphone manufacturer that was founded in 2013. The company produces a wide range of smartphone models at various price points, including budget, mid-range, and high-end devices.