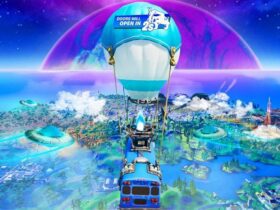 Capcom is working on the remake of the original version of Resident Evil 4 that came out back in 2005. It’s set to release this year in late March, and we now have confirmation that the devs are almost ready to launch the game.

The information is revealed by Capcom itself, so there’s no room for doubt. The original game was released for the Nintendo GameCube in 2005 and has since been released for multiple platforms. Players control Leon S. Kennedy, a special agent who is tasked with rescuing the President’s daughter from a cult in a rural part of Europe. The gameplay centers around fighting off waves of enemies using various weapons and solving puzzles to progress through the story.

The game received widespread critical acclaim upon its release and is widely considered one of the greatest video games of all time. It has sold over eight million copies worldwide and spawned numerous sequels and spin-offs.

The future game remake’s official Steam page confirms the launch date to be scheduled for March 24, 2023.

We are working hard to provide you with more information about Resident Evil RE:4 in preparation  for its release on March 24th . The game is also in the final spurt to make the team united and make it a little better. Please wait just a little longer.

Here’s part of the game’s description via Steam:

Six years have passed since the biological disaster in Raccoon City.
Agent Leon S. Kennedy, one of the survivors of the incident, has been sent to rescue the president’s kidnapped daughter.
He tracks her to a secluded European village, where there is something terribly wrong with the locals.
And the curtain rises on this story of daring rescue and grueling horror where life and death, terror and catharsis intersect.