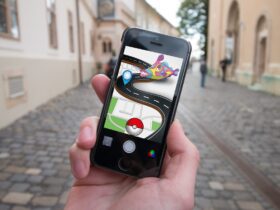 September is falling behind as October approaches, but not until we get some things straight: what movies and TV shows have made the list?

Of course, there are some changes that will quite shock you, but the new entries will definitely catch your attention. For example, the top 10 movies welcomed Speak No Evil, a new horror/ thriller, and Do Revenge, an American teen black comedy.

But let’s discuss how Confess, Fletch, also a new entry, landed first, followed by X, on second, and Top Gun: Maverick on third.

Other titles include Nope, Everything Everywhere All at Once, Where the Crawdads Sing, Minions: The Rise of Gru, and Margin Call.

As for the TV shows that made the list, we met with Star Wars: Andor, which tells the story of Rebel spy Cassian Andor, in the first place, Quantum Leap in second, and the new chilling documentary Dahmer – Monster: The Jeffrey Dahmer Story, on third.

Other cool titles include Rick and Morty, The US and the Holocaust, and Brooklyn Nine-Nine.