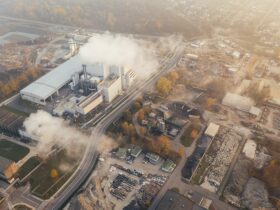 Find Out How Earth’s Core is Swallowing A Lot of Carbon: New Data Available

New movie and TV show titles have stirred quite the buzz on the last week’s streaming charts, according to JustWatch. And it’s not that we’re super excited about the news, but some changes came in quite unexpectedly.

Let’s take the Top 10 movies, for example. After so many weeks of struggle, Spider-Man: No Way Home has finally found its way back, landing in second place.

As for the first place, Everything Everywhere All at Once, starring Jamie Lee Curtis, Michelle Yeoh, and Harry Shum Jr., made sure no other movie could take its place.

Other titles include Top Gun on third, The Northman on fifth, Downtown Abbey: A New Era on seventh, and Minions on ninth. House of Gucci has landed fashionably in tenth place.

Things with the Top 10 TV shows are somehow the same as the movies, considering how some titles ended up last week. Stranger Things, for example, had finally reached the ninth place after a few weeks when we didn’t even get to see it in tops!

Furthermore, we’ve got Only Murders in the Building with a fresh new season in the third place, followed by Yellowstone in fifth, Better Call Saul in seventh, and Westworld in tenth.

Make sure you stay tuned for more movie news!