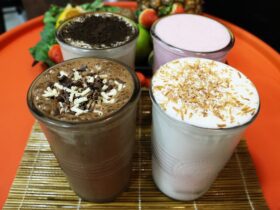 Does the Time of Your Protein Shake Affect Muscle Growth?

Last week’s tops welcomed the best movies and TV releases in a while, according to JustWatch.

Yellowstone has finally reached the first position on Top 10 TV Shows in the US, followed by The Shrink Next Door and the much-awaited Dexter: New Blood. As for the Top 10 Movies in the US, Free Guy has hit first place, with Red Notice coming on in third and Dune (sadly) landing in fifth place.

Other TV Shows include Doctor Who and its much-awaited season 13, the fantastic League of Legends’ Arcane, and one of the spookiest comedies so far, Ghosts.

As previously noted, Free Guy was a big winner last week, landing on the first position, which is quite surprising considering the other titles in the top.

For example, No Time to Die has reached the fourth position on Top 10 Movies, followed by Clifford the Big Red Dog (quite unexpecting, right?) and beloved classic The Grinch.