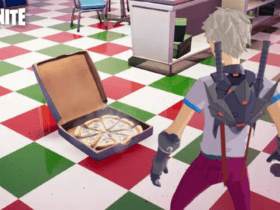 Fortnite Pizza Party All Locations – How to Share Pizza Slices

Tim Burton is directing a new Addams Family about Wednesday Addams. This new spinoff series is titled as the main character ‘Wednesday,’ and is coming on Netflix.

The director collaborated with many actors like Deep, Christina Ricci, Michelle Pfeiffer, Michael Keaton, and his ex-girlfriend, Helena Bonham Carter. Sadly, none of those celebrities have been announced as playing in Wednesday.

This is not Tim Burton’s first try to release the series. His first attempt was in 2013, but the film version was canceled.

In February 2021, the series was announced by the streaming service. The first big-screen adaptation was in 1991, including the cast on Ricci as Wednesday, Anjelica Huston, Raul Julia, and Christopher Lloyd. The continuation, Addams Family Values, premiered in 1993, followed by a direct-to-video reboot in 1998.

The eerie crew returned in 2019’s animated The Addams Family, promoting voice work by Oscar Isaac, Charlize Theron, and Snoop Dogg. A sequel to that version came out in November 2021. Also, there was a Broadway musical in 2010.

Who will play in the new series?

But who will play the Wednesday in the series?

According to Netflix, Jenna Ortega will play Wednesday. She posted to Instagram, holding a script for the first episode, and wrote, “Hope I can do Wednesday Addams justice.”

Here is the official teaser photo of The Addams Family unit:

About the familiar soundtrack, Burton is teaming up with composer Danny Elfman. They worked together for nearly 40 years, including Beetlejuice, Edward Scissorhands, Batman, and Dumbo in 2019.

The series’ release date is November 23, 2022, so be ready for the surprises with which the series will delight you!