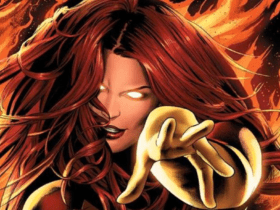 X-Men Dark Phoenix Skin in Fortnite Season 8: How to Get the Skin

Though The Sims gained popularity partly thanks to its exaggerated cartoon style, The Sims 5 (though it wasn’t officially announced yet) should say goodbye to that trend by aiming for realism.

Many years passed since the original release of The Sims 4, and fans wonder what to expect from the future entry to the franchise.

Multiple discussions began surrounding possible new gameplay mechanics and adjustments that may be applied to existing Sims features, and players turned their attentions to the graphics of the series.

The Sims is a franchise that often doesn’t rely on realism, and the cartoon-like style of its graphics and animations appeared to have accentuated with each new title.

However, that won’t stop modders from making the upcoming title more realistic by modifying details like lighting, texture, and graphics overhauls.

One of the most common complaints about The Sims 4 is that the game becomes stale seemingly quickly. Without as much content to power it as The Sims 3, even seven years after release, multiple gamers believe that the longevity of the game will soon fade away due to the lack of mods and custom content to spice things up.

Though the lack of DLC is part of the problem, there is another problem with the game – The experience feels rather stale for those who’ve been playing Sims games since their early days.

Despite all of the DLC featured in Sims 4, most of the essential elements of the franchise mainly remained the same with each game. As a result, many DLCs are just recycled, re-stylized versions from past titles of the franchise.

Therefore, we hope to see the Sims 5 redefine the base experience of the game. Also, modding support would be excellent!