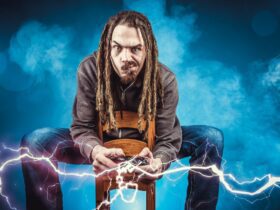 Don’t Miss the PlayStation Plus Games for October 2021

Fortnite remains one of the most popular online multiplayer games in the world, so it was just a matter of time until some players began to disobey the law to some degree. Infringements such as grooming or other forms of hateful inclinations in an online game have always been there, unfortunately, and it’s now time for Fortnite players to be more careful.

Sportskeeda has spotted a post on Reddit indicating that the Danish Police have deployed officers to patrol the internet for gamers who are engaged in practices such as grooming, fraud, or hate speech.

Danish Police have an online-squad that plays CS:GO, Fortnite, Minecraft etc. with young people. This is to prevent fraud, hate-speech, and grooming. All the officers stream live on Twitch. EDIT: Now with proof – see comments. from interestingasfuck

Those who play online multiplayer games such as Fortnite can easily communicate with one another. Therefore, it’s obvious to everybody that various law infringements could occur.

Fortnite is a very popular video game with a large and active player base. It has been downloaded over 500 million times and has over 350 million registered players. The game has also garnered a lot of attention in the media and has been featured in numerous eSports tournaments. In addition, Fortnite has gained a large following on social media and streaming platforms, with many players sharing their gameplay and experiences online. Overall, Fortnite has become a cultural phenomenon and has established itself as one of the most popular games in the world.

Just because you’re playing online doesn’t mean you’re immune to real-life consequences. Sure, it might be tempting to let out all your frustrations on that virtual battlefield, but remember: there are real people on the other side of the screen. And if you cross the line, you might find yourself being called in for questioning by the police.

So next time you’re tempted to blow off some steam in your favorite multiplayer game, you should better think twice. You never know when your virtual actions might have real-world consequences.