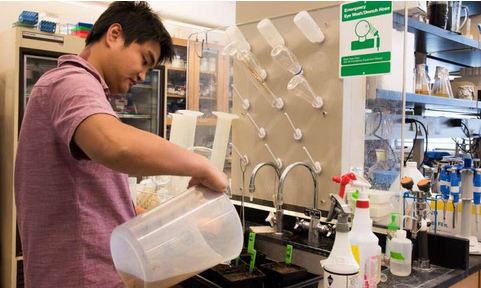 Vegetable Oil and the Plant Leaves: What Should You Know

After six years since its release, Dying Light became an apparently forgotten game. But now, the title gets the ‘Hellraid’ DLC, one that adds even more gruesome action to the survival game.

Dying Light is a game in the first-person mode and set in a post-apocalyptic open world that’s overrun by zombies ready to tear you apart. The protagonist will have to roam a city that’s devastated by an intriguing epidemic, and he’ll need to scavenge for supplies, craft weapons, and of course: take down those ugly zombies.

Buy the ‘Hellraid’ DLC for either PS4, Xbox One, or PC

As the trailer itself reveals, you can already purchase the new DLC for Dying Light for any of the classical platforms: PC, PS4, or Xbox One. As the official description reveals, ‘Hellraid’ has a lot to offer:

New challenges to face, new areas to discover, and an ally who needs your help – an ancient conflict reignites and you must prepare for an inevitable clash. But remember the mysteries of the Ba’al’s Temple are well-guarded, and the fate of the one person who could guide you to the truth depends on you. Should you succeed, however, you’ll earn a powerful bow, Corrupted Justice, which might tip the balance in the upcoming confrontation with the forces of evil.

If you wish to purchase Dying Light now, you can do it via Steam, and the platform also has a special offer. Buying the game until June 10 will assure you a discount of 66%. Therefore, you can buy Dying Light for only 10.19 euros instead of its normal price of 29.99 euros.

Dying Light doesn’t require a powerful hardware configuration if you’re willing to play the game on a PC, either. Having an NVIDIA GeForce GTX 560 or an AMD Radeon HD 6870 of 1GB VRAM is enough to run the game at minimum graphical performance.