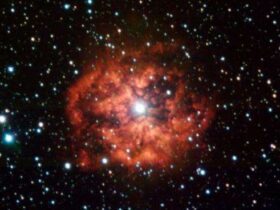 Being an actor in X-Men and It: Chapter Two must be great, but it still wouldn’t save you from gaming addictions. Sure, video games are fun, entertaining; they stimulate your attention, ambition, and skills. But if you’re the kind of person who neglects work or college only to shoot more enemies (in a video game, of course, as we’re convinced that you’re all peaceful people), there is a problem.

According to Forbes.com, James McAvoy, the guy present in the cast of both X-Men and It: Chapter Two, had to apply some drastic measures to cure his addiction to playing The Elder Scrolls IV: Oblivion. He destroyed the disc containing the game.

McAvoy’s drastic move to burn the disc containing The Elder Scrolls IV: Oblivion happened 15 years ago when the actor was 27 years old. His addiction led to serious problems during the filming for Becoming Jane.

McAvoy declared, as quoted by Forbes.com:

So I’m over there in Dublin. I’m, like, having to go to bed at 10pm, because I’m getting up at 6am every morning, and I’ve got tons of lines, and all that kind of stuff. And I’m just staying up until four in the morning just playing Oblivion. And I was thinking, ‘This game is sending me to Oblivion.’

He continues to say, as quoted by the same source:

Therefore, you now know what to do in case you’re struggling with a similar addiction. Thumbs up for James McAvoy!