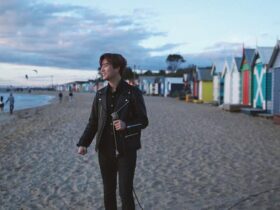 Young K Got Accepted in the KATUSA For His Military Service

A new report shows once again how climate change shapes both the present and future of our planet, triggering the worst-case scenario.

This time around, we find about Sweden’s current situation. The country’s tallest mountain peak shrunk a lot in only one year due to climate change.

What’s Happening With the Kebnekaise Glacier?

Sweden’s tallest mountain shrunk by 2 meters (6 and a half feet) in just one year due to the melting of the Kebnekaise glacier.

According to the new data, the glacier has recently lost one-third of its mass because of climate change. And that’s not all.

A team of geologists from the Bolin Center for Climate Research of Stockholm University came across some worrying data. As per the new measurements, the mountain was at its lowest, at 2,094.6 meters (6,872 feet) above sea level, while its peak was about 2 meters (6.6 feet) below last year’s measurement (2.096.5m/ 6.878.3 feet).

Predictions show that the mountain’s peak will likely lose about 0.5m (1.6 feet) by mid-September.

“The height variation is a good symbol of the glaciers’ response to a warming climate in Sweden,” explained Per Holmlund, professor of glaciology at the Bolin Center’s Tarfala Research Station.

But the mountain’s shrinking is not the only thing to worry about.

As per scientists ‘ measurements, the average air temperatures in Sweden, especially close to the mountain’s region, have been increasing a lot. Such a thing triggered ice to melt at a higher rate.

The glaciers’ melting was even mentioned in a recent report published by the IPCC (the Intergovernmental Panel on Climate Change) as one of the major signs of climate change worsening.