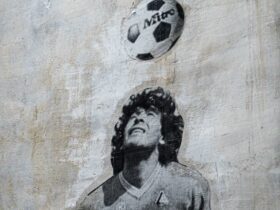 Suffering from COVID isn’t easy, indeed, as the disease can cause severe illness and even death. But a new study reveals that a significant part of those who had to deal with the coronavirus had also manifested some symptoms months later.

According to The Washington Post, a new study published in PLOS Medicine reveals that over a third of those who had COVID developed at least one symptom 3-6 months later.

From the more than 270,000 people from the US who were surveyed for the new study, it seems that the most common lingering symptoms are the following:

As for the current pandemic situation across the world, it doesn’t look good at all. The Delta variant keeps causing a surge in COVID cases in the US and in other parts of the world. As worldometers.info reveals, the USA reported over 105,000 infections for yesterday (September 28). The country remains the hardest hit in the world by COVID, as it reached a total number of over 44 million infections and more than 711,000 deaths caused by the coronavirus.

The vaccination rate still isn’t going exactly as planned across the world, and if we take a look at data from Our World in Data, we will understand why. According to the source, only 44.9% of the entire population of our planet has accepted to get vaccinated for COVID with at least one of the required doses.