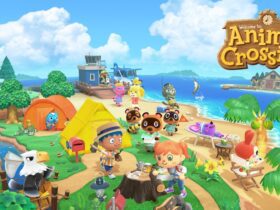 Animal Crossing: New Horizons Update: What Features Are Much Needed?

The Fortnite arena has just welcomed Street Fighter’s Cammy and Guile, and we couldn’t be more excited!

The new challengers come with alternate sleek skins and some unique backblings that’ll make a great addition to your collection. We’ve compiled a list of all you need to know about Cammy and Guile and some tips and tricks.

When Will Guile and Cammy Arrive?

Epic Games confirmed that Guile and Cammy would make their debut in Fortnite on August 7 at 5 PM PST/ 8 PM EST.

The best part is that each Street Fighter character will feature some fantastic outfits and other accessories.

Guile, for example, will have his classic green fatigues we all know so well from the beloved Street Fighter II days, the K.O. Backbling, and the Glistening Guile Variant.

On the other hand, Cammy will flaunt a revamped design to her well-known outfit from Street Fighter days to be more Fortnite-ready. How cool is that?

Cammy will feature a skin that players can equip it with the Tactical Cammy Variant and the Borealis Backer Back Bling.

Epic didn’t reveal yet the pricing for Cammy and Guile, but we can expect a similar price tag as Ryu and Chun-Li’s, 1,600 V-Bucks or 2,200 V-Bucks both.

Cammy and Guile will also bring some fantastic cosmetics that include a glider and 2 pickaxes.

Great news! Fortnite will also bring the Cammy Cup on August 5. If you want to get Cammy’s skin earlier than its arrival in the Item Shop, this is your chance.

The Cammy Cup will be a Duos tournament. You’ll need to score as many points as you can in 3 hours and 10 matches. The rewards include Cammy’s skin, the Round Two Loading Screen (for 8 points), and the Borealis Backer Back Bling.