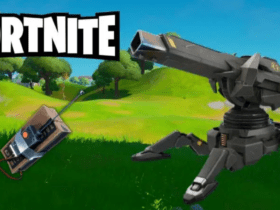 Spider-Man 4 might be developing at Sony and Marvel, but there is no specific date when it will swing into cinemas. At the Comic-Con, Kevin Feige confirmed Phase Five and Phase Six release dates.

Before the release of No Way Home, Spider-Man producer said a new trilogy was in the works. Also, on the premiere in December 2021, Amy Pascal said it was just a wish. The possibilities for the new movie are still being determined. It is exciting for the future, but this could be the end.

Hoping that we will see Tom Holland as Spider-Man again in the MCU, but after his explanation, this is not sure.

There definitely was a sense for me, as an actor, that this was the last time that I could potentially don the suit, so a lot of that emotion came from the act of saying goodbye, which is one of the biggest themes throughout this film.

Find out the most asked questions about the new movie.

When Will Spider-Man 4 Be Out In Cinemas?

Spider-Man 4 does not have a release date confirmed. According to past movies, there have been two years between each Spider-Man. Meanwhile, 2023 already has two Marvel films. The first is Spider-Man: Across the Spider-Verse on June 2, and the second is Madame Web on October 6. The Sony date has inspired an unconfirmed Marvel project for June 7, 2024, and it could be Spider-Man 4. The movie would be placed one month after Captain America: New World Order and one month before Thunderbolts.

In conclusion, it is hard to say when the fourth movie will be out. If Tom Hollan is kept, it might be sooner than later, but we may be waiting longer if a new man is to take over the mantle.

Will Tom Holand Return As Spider-Man In The New Movie?

Tom Holland said he doesn’t know what his future as Spider-Man is like.

I don’t know whether I’m going to be a part of it. Spider-Man will always live on in me and I know that Amy Pascal and the studio are keen to figure out what the next chapter of Spider-Man looks like.

There is a possibility that Tom Holland could move into a mentor role, but there are no teasers in the last Spider-Man movie, so there are just speculations yet. Also, there are chances that Zendaya and Jacob Batalon do not return as MJ and Ned because of the significant revelations in the new movie.

This is all the news so far, but stay tuned because more is coming!