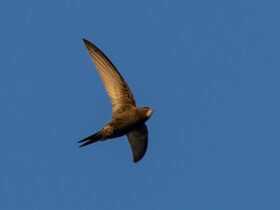 Some of them are known as diffuse auroras, as they are more like a persistent glow spread all across the sky.

Scientists know a fair amount of details about those diffuse auroras, but there’s always room for more.

A video from 2002 helped them discover what appeared like an undocumented auroral phenomenon.

The researchers said they discovered the new phenomenons thanks to a video taken during the night of March 15, 2002, in Churchill, Canada, Sciencealert reports.

“They appear as a section of diffuse aurora that rapidly brightens, then disappears and also erases the background aurora. Then, throughout several tens of seconds, the diffuse aurora recovers to its original brightness,” says the researchers’ report.

They believe that this is a premiere, as the phenomenon doesn’t appear to have been documented in scientific literature before, and they are clueless as to why it happens.

Allison Jaynes, an astronomer from the University of Iowa, wonders if it is a common phenomenon that has just been constantly overlooked or it is indeed a rare happening.

“Knowing they exist means there is a process that is creating them, and it may be a process that we haven’t started to look at yet because we never knew they were happening until now,” they added.

Auroras are the random glows emitted by ionized particles in the upper layer of our planet’s atmosphere. They get energized by solar winds, and their shedding of the different energy results in the light show that we know and love.

The team hopes that understanding the diffuse auroral erasers showcased in the video will help them understand the process entirely.

Here is the process so you can see for yourself: