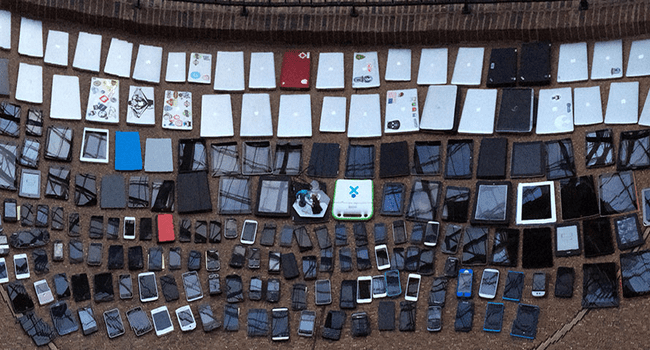 The Digital Detox Challenge: Win $2,400 for Staying Away From Your Screens

Samsung Galaxy A14 launches to the market tomorrow after it was presented during the CES 2023 event. Thus, Samsung extended its portfolio of midrange devices from the extremely popular A series, which is great news for all those who want some top specs without having to empty their bank account.

Samsung Galaxy A33, on the other hand, came out last year, and it can also represent the perfect solution for many of those looking for a phone that is affordable yet still bears the iconic Samsung logo. This little powerhouse of a phone may not come with all the bells and whistles of its high-end counterparts, but it more than makes up for it with its impressive list of features.

Both Galaxy A14 and A33 are midrange models, and deciding which one is better can be difficult. That’s why we’re here, to solve the conundrum!

The Samsung Galaxy A14 features a PLS LCD display with a 90Hz refresh rate. The screen size is 6.6 inches, with a screen-to-body ratio of approximately 80.4%. The resolution of the display is 1080 x 2400 pixels, with a 20:9 aspect ratio, resulting in a pixel density of 399 pixels per inch.

Galaxy A33, on the other hand, features a Super AMOLED display with a 90Hz refresh rate, which means that the display is capable of refreshing its image 90 times per second. The screen size is 6.4 inches, with a screen-to-body ratio of approximately 83.7%. The resolution of the display is 1080 x 2400 pixels, with a 20:9 aspect ratio, resulting in a pixel density of 411 pixels per inch. Additionally, The display has protection of Corning Gorilla Glass 5 which is a scratch-resistant and durable glass material.

Samsung Galaxy A33 wins this round.

The Samsung Galaxy A14 comes in two different models, the SM-A146B and the SM-A146P, which have different chipsets. The SM-A146B model features the Exynos 1330 chipset, which is manufactured by Samsung using the 5nm process.

The SM-A146P model of Samsung Galaxy A14 features the Mediatek MT6833 Dimensity 700 chipset, which is manufactured by Mediatek using the 7nm process.

Mediatek Dimensity 700 has an Octa-core CPU and Mali-G57 MC2 GPU. The differences in these chipsets would result in some differences in performance and efficiency for the devices.

The Samsung Galaxy A33 features the Exynos 1280 chipset which is manufactured by Samsung using the 5nm process technology. The Exynos 1280 is a powerful octa-core CPU that contains 2 high-performance Cortex-A78 cores clocked at 2.4GHz and 6 Cortex-A55 cores clocked at 2.0GHz. The combination of these two types of cores is intended to provide a balance of performance and energy efficiency for the device. Cortex-A78 cores are designed to handle heavy tasks and high-performance use cases like gaming or running multiple apps at once, while Cortex-A55 cores are optimized for lighter workloads and energy efficiency.

It’s safe to affirm that Galaxy A33 has a slightly better processor.

The Samsung Galaxy A33 features a Quad-camera setup in the back consisting of a 48 MP main camera with OIS and PDAF, 8MP ultrawide, 5 MP macro and 2 MP depth sensor, all supported by features like LED flash, panorama, and HDR. On the front, it has a 13 MP Selfie camera. It can record videos up to [email protected] and [email protected]/60fps on the rear, while on front [email protected]

Samsung Galaxy A33 wins this round as well.

Samsung Galaxy A33 is superior to the new Galaxy A14, at least when it comes to cameras, display, and processor. But surely other people can have different opinions about which one of the phones can be better for them. After all, it’s like choosing between a fancy four-course meal at a Michelin starred restaurant or a cozy home-cooked dinner. Both the Samsung Galaxy A33 and A14 are like delicious dishes in their own right, but depending on your taste buds, one may be more satisfying than the other.

It’s all up to personal preference, whether you prefer a phone with more options and capabilities like A33 or a simple but efficient one like A14 is like choosing between a caviar and a pizza. At the end of the day, both are decent phones, but one may tickle your fancy more than the other.