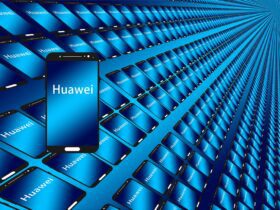 Huawei Mate 50: Details & When the Series is Coming Out

Great news for Resident Evil fans: the producer of Resident Evil 4 claims that the remake is currently in its last development stages.

The game is currently in its last phases of production, according to Resident Evil 4 Remake producer Yoshiaki Hirabayashi. The team behind the much-awaited remake is working hard to produce the game by its planned release date, according to Capcom’s Hirabayashi.

Discover the full story below and learn more about the upcoming Resident Evil 4 Remake.

Resident Evil 4 Remake: What to Expect?

The producer then went on to state that the Resident Evil 4 Remake is “in the final spurt” of the development process and urged fans to “wait for just a little longer, noted Famitsu, a Japanese website.

News about Resident Evil 4 Remake’s arrival has stirred quite the buzz lately, thanks to the Japanese website Famitsu, which released its annual end-of-year interviews in which several game creators discussed their goals for the upcoming year.

What’s great is that Yoshiaki Hirabayashi, a well-known Capcom producer who has worked on several remakes, including Resident Evil and Resident Evil 2, is included!

So, what should we expect?

Resident Evil 4 Remake has also got a “mature” rating due to its graphic violence. What does this mean?

The game is described as having “intense and graphic violence, harsh language, and of course, dismemberment of adversaries.” What’s even curious is that the rating summary’s statement noted that the game offers “in-game purchases,” which could mean a multiplayer option.

Resident Evil 4 is by far the most incredible survival horror game in the industry, thanks to its gameplay and features. So, one can only hope the Resident Evil 4 Remake will turn into a masterpiece, right?!

When it debuts on March 24, 2023, the Resident Evil 4 Remake will hopefully rediscover the winning formula of the first game.