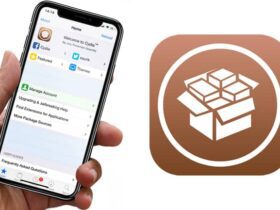 In the Pokémon anime, Kecleon is a Normal-type Pokémon known for its ability to change the color of its body to blend in with its surroundings, making it difficult for its enemies to spot it. This ability is known as “Color Change” and is a unique trait among Pokémon. Kecleon has made a number of appearances in the Pokémon anime, often as a wild Pokémon living in forests or jungles.

One of the most notable contributions of Kecleon in the anime was in the episode “The Kecleon Caper,” where it played a central role in the plot. In this episode, a group of Kecleon is stealing valuable items from the residents of a small town. The main characters, Ash and his friends team up with a group of Kecleon to help catch the culprit and solve the mystery.

If you missed the chance to catch Kecleon during the recent Chespin Community Day event in Pokémon Go, don’t worry – it looks like the elusive Normal-type Pokémon is now available to catch in the popular mobile game, according to Polygon.

The Chespin Community Day event took place on Saturday, running from 2-5 pm local time, and it seems that once the event concluded, players in certain countries, including New Zealand and Australia, were able to catch Kecleon. So if you’re looking to add this unique and memorable Pokémon to your collection, now is your chance! Be sure to keep an eye out for Kecleon in the wild and don’t miss your opportunity to catch this elusive creature.

Overall, Kecleon is a unique and memorable Pokémon that has made a number of contributions to the Pokémon anime. Its ability to change color has made it a valuable ally for the main characters on a number of occasions, and its appearances in the anime are always entertaining and memorable.