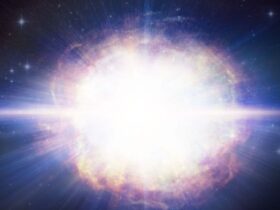 OnePlus is once again up to bringing powerful phones to the market. 2022 has been pretty good until now for the Chinese firm, but it seems that slowing down is still not an option.

9to5Google.com reveals that OnePlus unveiled its Ace smartphone model in China, and the device indeed has some intimidating specs! If you’re looking for a decent phone without aiming for a flagship, you might consider giving OnePlus Ace a try!

One of the most notable additions to the OnePlus Ace model is represented by the MediaTek Dimensity 8100 Max chipset. However, it’s pretty much a mid-range processor, but still worth mentioning.

The display of the phone is pretty impressive, and it could even be on the wishlist of many who like taking a lot of photos. OnePlus Ace packs a huge display that measures 6.7 inches and has a refresh rate of 120Hz. If that’s not compelling enough, you should also keep in mind that the display is of the FHD+ AMOLED type. Last but not least, it also carries a fingerprint scanner.

OnePlus Ace features two versions of RAM: 8GB and 12GB. We surely need as much RAM memory on our phones as possible in 2022, although a few years ago, those amounts would have surely sounded exaggerated.

There are also three versions of storage for the phone: 128GB, 256GB, and 512GB. Perhaps some improvements in this area might have represented a good idea. But hey, it’s still better than nothing, right?

OnePlus Ace will cost somewhere around $385, meaning a pretty low price for a phone that packs some decent hardware power for 2022.

Feel free to tell us what you think about the OnePlus Ace model and if you would be willing to buy such a phone!