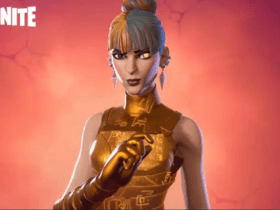 In a press conference on July 12th, NASA showed off the first amazing photographs captured by its James Webb Space Telescope. The distribution of these photographs will aid scientists in their search for extraterrestrial life and provide new insights into the history and development of the universe.

JWST is an infrared telescope that many astronomers expect to use as their principal observatory throughout the next decade. JWST is superior to the Hubble telescope in its ability to observe in infrared light, which has a longer wavelength than visible light. In order to monitor distant space objects, which emit light at longer wavelengths like infrared, JWST is required.

A larger telescope like JWST can catch more light, as explained by Carl Sagan Institute director and astronomy professor Lisa Kaltenegger. This paves the way for JWST to observe fainter, more distant objects like galaxies and planets around other stars.

JWST can also view further back in time than previous telescopes can since it can observe more distant objects. Seeing as how the speed of light is always the same, the further away an item is, the longer it takes for its light to reach the observer. In contrast to Hubble, which can only see galaxies when they were about as old as a toddler, JWST can see “baby” galaxies, the oldest galaxies born in the universe some 13 billion years ago.

The several technologies included within JWST allow it to capture precise images of the cosmos. For instance, JWST’s principal imager is the Near Infrared Camera, which captures images of fainter objects around a center brilliant one using instruments called cornographs. Cornographs are used to view fainter things by blocking the light from brighter ones. Using this method, astronomers can learn more about the planets that circle close stars. The Fine Guidance Sensor is another instrument used by JWST, and it aids in the telescope’s ability to focus on specific targets and capture high-resolution photos.

JWST was able to collect five important photos for astronomical research thanks to the instruments on board.