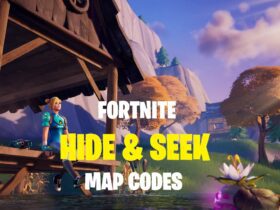 Those numerous folks who choose to remain Minecraft fans even in 2022 now have the chance to get their hands on the Java Edition and Bedrock Edition package deal for Windows PCs. One of the top three best-selling games in history, Minecraft, is going through some interesting changes even nowadays.

If you’re talented when it comes to creating mods and skins for Minecraft, you should know that the developers of the game have thought about you! The Java Edition will allow you to implement your own mods and skins into Minecraft.

The developers made the announcement via the official Minecraft website that the Java and Bedrock Edition was released on June 7 for those who prefer playing the game on PC.

If you’re into marketplace content, as many Minecraft players are, it’s great to know that the Bedrock Edition is dedicated to exploring such content as much as you like!

The description of the video is the following:

The other two best-selling games in history, except for Minecraft, are GTA 5 and Tetris. This trio is obviously surprising to a lot of people, but perhaps the gaming world works in mysterious ways.

Minecraft has even been taught in school, and it’s actually the best-selling video game of all time. It was sold as about 238 million copies worldwide.