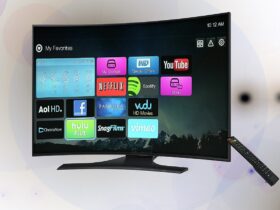 According to the German automotive company, the electric Mercedes-Benz G-Wagen will debut in the middle of 2024. The announcement came after the company had been considering retiring the G-Wagen.

However, Mercedes is now hoping that an electric model of the opulent off-roader will be able to compete in a sector that is becoming more and more saturated. Read out below all the details about the G-Wagen’s electric future.

The G-Wagen has always been a status symbol, loved by so many. That means we should expect the production of the electric G-Wagen to be packed with all the same goodies that Mercedes-Benz has been introducing in its most expensive, newest cars, like the EQS sedan.

According to Autoblog, Ola Kallenius, Chairman of Mercedes-Benz, announced that the electric G-Wagen will debut in the middle of 2024. Kallenius said that after testing a prototype of the EV SUV, he was so sure that electric vehicles are the way of the future for off-roading.

The future sure does look fantastic! At least consider the following concept photo of the Mercedes-Benz’s electric G-Wagen below:

The German automotive company refused to confirm any production intentions when it first revealed a concept version of the electrified SUV in September 2021. In fact, the chairman said back in 2019 that he was unsure about G-Wagen’s future.

Well, that definitely came a long way, as now it appears that one of the most popular Mercedes SUVs will also get ‘electrified.’

Unfortunately, Mercedes is still keeping it all under wraps. So, the company has not provided stuff like battery, capacity, range, or power output estimations. But it seems that the actual model will also have an all-wheel drive, just like the concept version did.

Mercedes-Benz promises to invest $47 billion in the transition to all-electric vehicles by 2030.