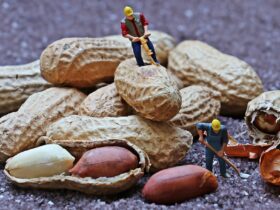 To better understand how addiction remission occurs, researchers used a new method in which they modeled the complete neural pathways instead of specific areas of the brain.

Drug abuse is the greatest cause of mortality amongst younger individuals in the United States. Many issues remain concerning which parts of the nervous system should be addressed by procedures like deep brain stimulation, which have the potential to help patients escape their addictions.

The latest study adds to the expanding body of information gleaned from individuals who, following a stroke or other brain injury, no longer have a nicotine addiction.

They’ve uncovered remission possibilities by aiming just at brain circuit rather than specific brain areas, and they’re anxious to put them to the trial in clinical studies. Despite our growing understanding of addiction’s neurological causes, there are currently just a few treatment alternatives available. Scientists say the findings with essential tremors helped them understand the prospects of this methodology to locate the brain circuits that mediate improvement in symptoms.

The researchers contrasted the lesions in individuals who couldn’t stop smoking to those in people who had their smoking addictions cured by the procedure. The remission of cigarette addiction may be traced to a particular brain circuit, researchers discovered.

Researchers found evidence of a therapeutically targetable neural route for addictive behavior overall, instead of addiction to a particular drug, in a subsequent alcoholism lesion database, where a lower risk of alcoholism was linked to an identical circuit.

Two major research shortcomings are acknowledged by the authors. First and foremost, the findings are founded solely on a retrospective study of previously collected data, and secondly, the datasets studied only included data on a small number of commonly abused drugs.

They call for further testing of their results in clinical trials and the study of other chemicals that might be addictive in order to evaluate if their observations can be broadly implemented.