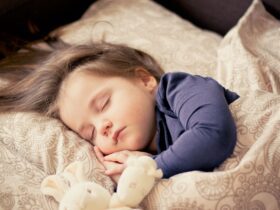 Study Finds Alarming Quantities Of Microplastics In The Stools Of Babies

The Haneda Airport in Tokyo has a woman test positive for COVID just 3 days before the start of the Olympics. What is more, there were reasons to believe she was in fact infected with the Lambda COVID variant which is known to be more dangerous.

What is interesting is that the Ministry of Health decided not to announce the new Lambda case in the media until August 6, despite the fact that it had constant press releases.  “We worked around the clock to make the call and sound the alarm, and the Ministry kept quiet—and had no intentions of announcing until today—when the minister of health had his scheduled press conference,” declared a worker from the National Institute of Infectious Diseases in Japan

The employee also explained that Japan imposed supplementary measures in order to detect all COVID variants in the airports.  By July 25 the lab results were conclusive and the sequence was submitted then to GISAID on July 26.

“Well, it’s nice to see GISAID recognize our fast turnaround, but I wonder why we rushed when the information was just going to be held back until a convenient time. We are scientists, not politicians, so I can only speculate on the reasons,” declared a NIID source.

The new variants detected in the country’s airports were publicly announced only on August 6 in an official announcement of The Ministry of Health. However, the highlighted variants were Alpha and Delta and the passenger with the Lambda variant is conveniently omitted from the presented timeline.

The existence of a woman that tested positive for the Lambda version of COVID was only admitted by the Ministry of Health after the press repeatedly inquired for more information. However, according to the public declaration, the individual was quickly isolated at the airport.