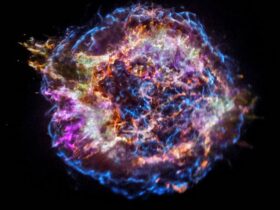 Wednesday is one of Netflix’s most notable titles and is coming back. Tim Burton was attached to the project as a producer and a director. Once Netflix showed the first look of Jenna Ortega in costume as Wednesday Addams, the fans were more excited. On January 6th, Netflix announced that the show would return with a second season. Also, it’s been a significant hit, being Netflix’s third biggest hit, with Squid Game and Stranger Things season 4 ahead.

Continue to read a tiny part of season 2.

What Is Going On In Wednesday, Season 2?

What will Tyler do next?

The last scene with Tyler was in chains, being transported to a psychiatric ward. Also, before the transport, Tyler transformed into Hyde, leading the audience to think he had killed all the armed guards.

Will he be more dangerous, or will he try to rescue himself so he can return to Jehrico?

Who is Wednesday’s stalker?

After Xavier bought her a new phone, Wednesday sent threatening messages and realized she had acquired her first stalker. According to her antics, Wednesday has picked up lots of attention. Also, considering Xavier is the one who gives her the new phone, it is impressive a stalker was able to send her a message.

Who are the cast members of season 2?

Some Things You Want To Know

The series broke the record for the most hours viewed in a week. It debuted in the #1 spot with 341.23M hours viewed. On TikTok, #WednesdayAddams has over 22 Billion views.

Another record, Wednesday, has had six weeks with over 100+M hours viewed.

If you are as excited as I am for the new season, sit tight for more information!