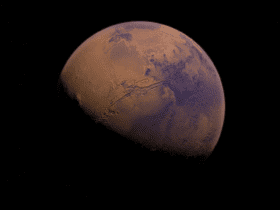 iOS 14 was one of the most significant Apple operating system updates in many years, and there is a chance that this year, the Cupertino-based tech giant will take it even further.

It is believed that Apple will introduce iOS 15 later this year and, when that happens, there are a bunch of features that the company should introduce to make the new OS step up at least as memorable as iOS 14.

Many people complained for years that iOS began feeling stale and boring.

The significant design changes in iOS 14 lined up on par with the iPhone 12 series, which was also a new introduction in aesthetics.

While the 12 and 12 Pro still look a lot like “regular” iPhones, Apple’s choice of bringing back sharp and flat edges was a welcome change of pace after many years of smooth and rounded smartphones.

To sum it up, 2020 made the iPhone exciting again, both thanks to software and hardware.

However, times are changing, and rumours suggest that the iPhone 13 will mark a year of subtle refinement. There would be technical enhancements to the processor, display, and camera, plus some other details. Still, the next-gen iPhone’s overall look and feel will be very comparable to that of the iPhone 12 lineup.

Now, let’s cut the chase and jump to the features we would like to see on iOS 15!

iOS 15 is the perfect occasion for Apple to make widgets more valuable than they currently are.

Though iOS widgets look fantastic and have seen intense adoption over the past year, they are considerably limited in terms of performance (especially compared to their Android counterparts).

Widgets can display information and use easy-access buttons to link with various app sections, but that’s pretty much it.

Though it would probably require a significant rethinking of how widgets behave in iOS, Apple can certainly do much more in that segment.

We want to be able to control music playback from the Spotify widget, navigate through activity information with Apple’s Fitness widget, and mark tasks as completed via the Reminder widget.

The potential is enormous!

As iOS 14 made a significant step in terms of home screen customization, we hope to see that taken to a new level on the next iteration of the operating system.

It would be nice if Apple finally let us place apps and widgets anywhere we want on the home screens.

iOS has some very restrictive placement rules. For example – you can’t have two rows of app icons at the bottom of the screen, widgets at the top, and nothing in the middle.

We know for a fact that the feature wouldn’t be too much of a hassle to implement for Apple developers.

Also, it would be exciting if we were allowed to use third-party icon packs, just like Android has for many years now.

Apple typically adds some Siri upgrades with each iOS release. Still, as time goes on, it becomes increasingly apparent that the company’s virtual assistant is a bit behind the likes of Amazon Alexa and Google Assistant.

We don’t like how it is a bit too reliant on generic web searches. Siri often misunderstands simple questions or provides wrong answers.

There is a lot of room for improvement here.

Sure, it’s hard to fix all of Siri’s problems in a single iOS update, but we would like to see Apple attempt at least.

The App Library was a significant addition with iOS 14, providing iPhone users with an extra level of organizing and viewing their installed applications.

Instead of manually placing everything in folders or cluttering up endless home screens with applications, the App Library naturally groups everything into pre-set categories.

The feature is a bit lacking with the current implementation. There is no option to rearrange the order in which the folders are displayed.

If you rarely use Social or Productivity&Finance apps, it’s nearly useless to have those folders at the top of the App Library.

The possibility of rearranging the App gallery would make the experience far more pleasant.

iOS 14 introduced the possibility to replace some first-party Apple apps with third-party solutions.

When you tap a website link, you can now pick the browser you want to use to navigate it.

The choice for default apps is available only for web browsers and email apps, and we hope that iOS 16 will change that.

It would be nice to have the same option for picking a navigation app, for example. After all, it would be nice if tapping an address link would automatically open Google Maps or Waze.

The same goes for other apps like calendars or music players.