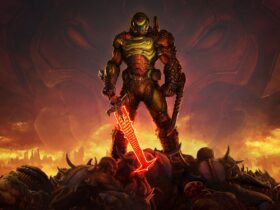 Google is one of the most successful and extensive tech companies of today. However, it had a humble yet ambitious start with the search engine that made them famous.

One of the company’s most widespread creations is Android, the operating system that runs on hundreds of millions of devices across the planet.

The only mobile operating system that can rival Android is Apple’s iOS, which, frankly, has many features in common with Android.

Today we are going to talk about Google Play Services. It is an app that comes pre-installed on all Android devices.

It is used to update Google Apps and apps you download from Google Play.

Many apps will cease to work correctly if you uninstall Google Play Services.

Also, not updating the app leads to the same outcome.

The app has just reached version 21.18.16. With each update, Google’s developers enhance the app’s quality, improving many of its aspects.

To put it simply, a Google Play services update often translates to an improvement in user experience.

Also, Google Play Services has some security features, meaning that you can miss out on extra safety when choosing not to update the app.

The app updates typically itself automatically. However, if you disable the option to let it do so, it won’t automatically update.

If that is the case, you have to manually update the app or re-enable the auto-update option (which we highly suggest).