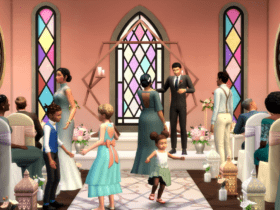 Sims 4: The Wedding Pack Will Soon Receive A Patch

Experts have discovered something unique deep beneath the ice-covered Arctic Ocean. Large sponge gardens manage to survive and even grow on the remnants of extinct creatures in the absence of light.

During an expedition to the area in September and October 2016, researchers discovered this surprising oasis beneath the ice aboard the renowned polar research vessel RV Polarstern. The experts’ findings were reported in Nature Communications.

The more than 300-year-old sponges, found on the peaks of ancient underwater volcanoes, appear to share the location with other creatures that aid in their growth.

Scientists determined that millennia ago, substances leaking from the interior of the seafloor sustained a vibrant ecosystem that supported a broad diversity of species, by examining photos acquired by a towed camera and sonar equipment, as well as samples gathered during the mission. The organisms’ remains lingered after they died out. They’ve now become the foundation of this unusual sponge garden.

“The mi­crobes have the genes to di­gest re­fract­ory par­tic­u­lates and dis­solved or­ganic mat­ter and use it as a car­bon and ni­tro­gen source, as well as a num­ber of chem­ical en­ergy sources avail­able there,” explains Ute Hentschel of the GEO­MAR Helm­holtz Centre for Ocean Re­search in Kiel, who led the team that conducted the microbiological analyses.

The uniqueness of this environment is what makes it rather amazing. This may be the first instance that such sponge-like soil has been identified in the Arctic. They now emphasize the need for more research into this habitat in order to better conserve “the unique diversity of these Arctic seas under pressure” from the climate change.