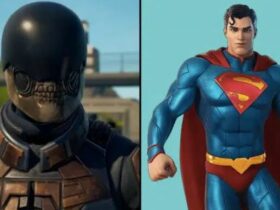 Ghost of Tsushima is a 2020 game that’s developed by Sucker Punch Productions. It is published by Sony Interactive Entertainment. The game is an open world, and it was released for PlayStation 4 on the 17th of July, 2020. The director’s cut will be released for PlayStation 5 on the 20th of August, 2021. The game was praised for its visuals and combat, but when it came to open-world activities, it was criticized.

Overall, the game is considered to be a masterpiece. It is a PlayStation 4 title, and ever since its release last year, it has stuck to the very same price, a lower one for one of the best-selling games from the console. Keep in mind that there’s also a Director’s Cut, but if you’re not interested in that, get your hands on that game as soon as possible.

The only survivor of the Sakai clan, Jin Sakai, samurai, turns into “The Ghost”. He has to defend Tsushima Island in the fight against the Mongols. His honour as a samurai is left behind when he’s sly behaviour takes over in disrupting the Mongol activities. He sets free the hostage villages by using stealth. Sakai, together with his long-time friends, form a team in order to defend the homeland and save the other samurai from an eventual war.

About 50% of PlayStation 4 users have not played Ghost of Tsushima yet. It’s worth your time, so make sure you get it.

The game has around 50 hours of gameplay — if you’re doing it by yourself and not with the help of others. And ever since its release, the team behind the game has developed an online mode that comes with co-op story missions and even a survival mode. Fans had the surprise of getting a free patch, as well.