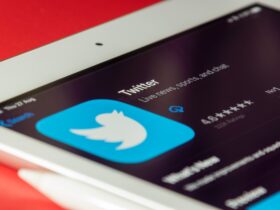 YouTube is constantly going through some unexpected changes. In the recent past, a video of a man trying to eat a spoonful of cinnamon went viral on the platform in 2019. The video, which was originally uploaded in 2012, was rediscovered and shared widely on social media, with many people finding humor in the man’s struggle to eat the cinnamon without coughing or choking. T

The video amassed millions of views and spawned a host of memes and parodies, with people trying the “cinnamon challenge” themselves and posting their own videos online.

Looks like YouTube is getting ready to channel surf into the world of TV streaming! They’re in talks with various companies to bring TV shows, movies, and whole TV channels to its platform, and they’re even testing the waters with select users, as GSMArena reveals.

If all goes well, they may even take almost half of the cut of the ad revenue. It’s just another attempt by YouTube to branch out and diversify.

YouTube never had TV streaming because it was too busy streaming cat videos and TikTok challenges. But just when you thought it couldn’t get any better, YouTube surprised us all with “YouTube TV” – a service that lets you stream live TV and watch people on cable talk about the weather, politics, and more. It launched in 2017, and it’s like the cherry on top of an already delicious sundae of internet content. But unfortunately, it’s only available in the US, so the rest of the world will have to stick to watching cat videos on their regular old TVs.

Otherwise, YouTube is still doing great as a video streaming platform. As of 2021, it is estimated that over 500 hours of video are uploaded to YouTube every minute, or about 500,000 hours of video every day. This means that there are a vast amount of videos being uploaded on YouTube every day. However, this number is constantly changing as YouTube is a dynamic platform, and the number of videos uploaded per day may be different in the future.